You know what's really special? Snuggling under a warm blanket on a chilly morning with your little guy while he reads to you for an hour.

Have you seen the Fly Guy books? It's a series of Scholastic early readers about a boy named Buzz who has a pet fly. 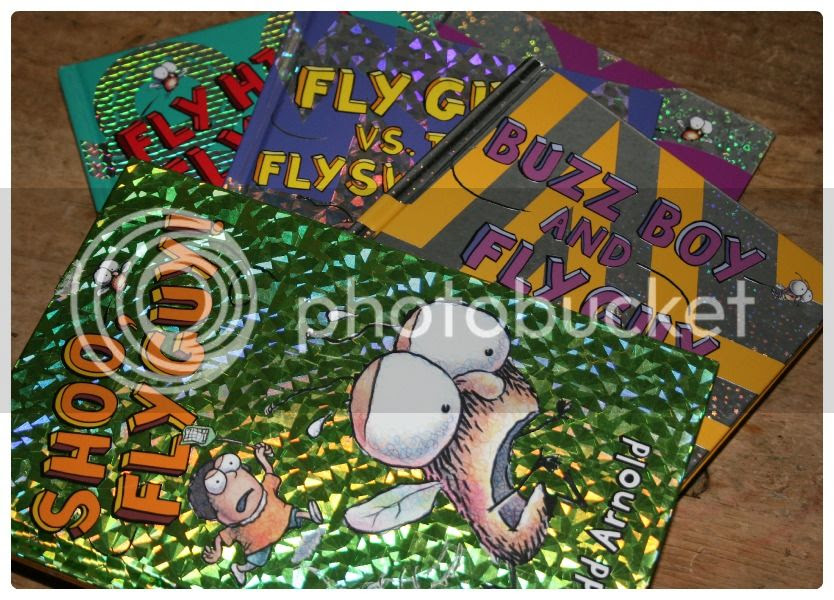 And Balsam Fir thinks they're funny! 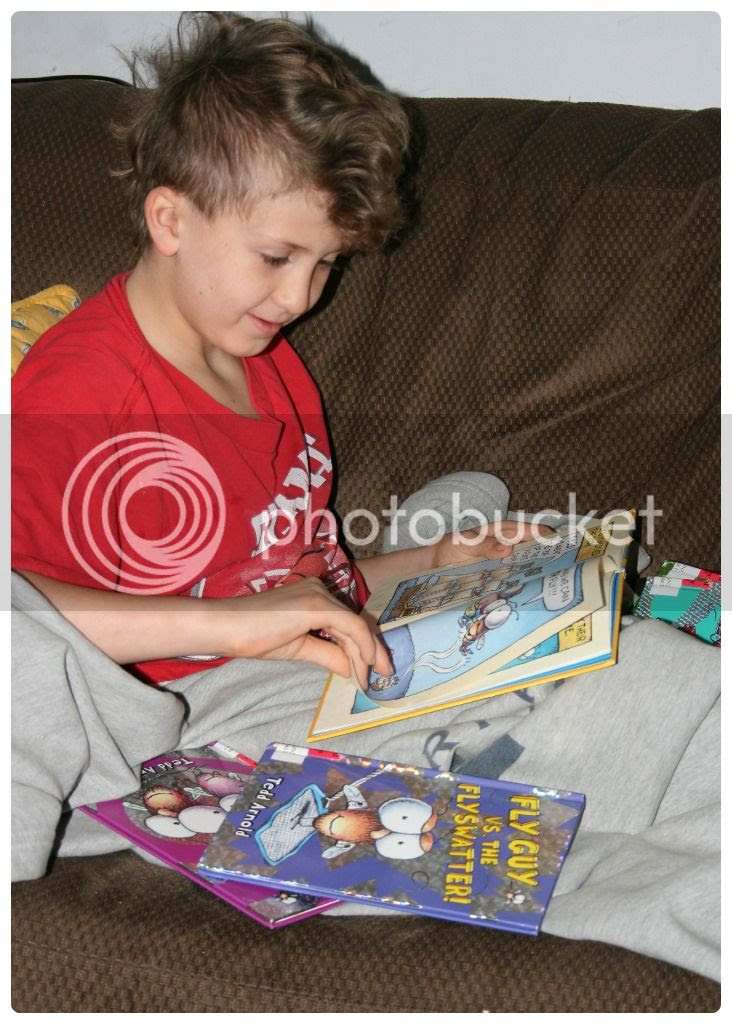 The books are really too easy for him, but sometimes you just gotta read for pleasure rather than challenge, right? And it's a wonderful way to build his self-confidence and enjoyment with reading.

Fly Guy's favorite food is "brown, oozy, lumpy, and smelly" Shoo Fly Pie. Go figure! ::wink:: I had a "light bulb" moment and asked Balsam Fir if he would like to MAKE a Shoo Fly Pie.

So, I searched All Recipes on-line and found this simple Shoo Fly Pie recipe. But wait - no crust! (Yes, I buy my crusts and just roll them out! ::wink::) Could we REALLY make the crust from scratch too?

I found a pie crust recipe on All Recipes called "Easy to Remember Pie Crust" here with only 3 ingredients. And you know what? It worked! We can actually make a decent pie crust from scratch! 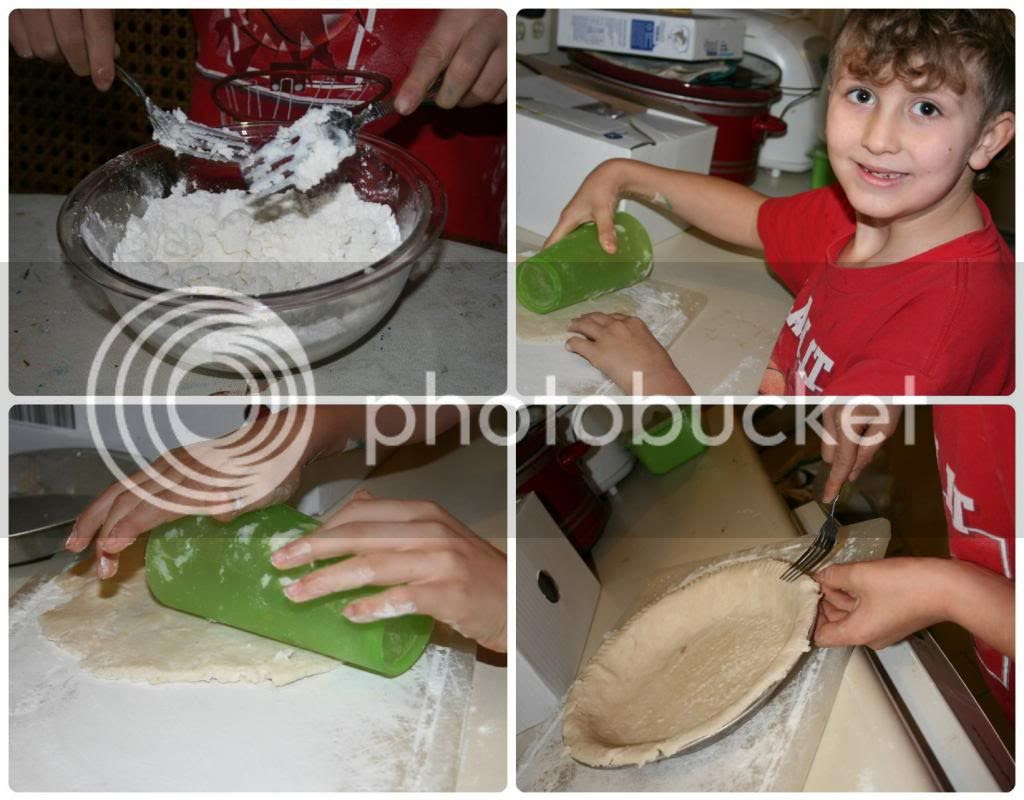 Once the crust was chilled, rolled out, trimmed, and filled with our Shoo Fly molasses layer and brown sugar-flour crumble, we waited impatiently for it to bake and cool. It smelled wonderful! And then we topped it with French vanilla ice cream... 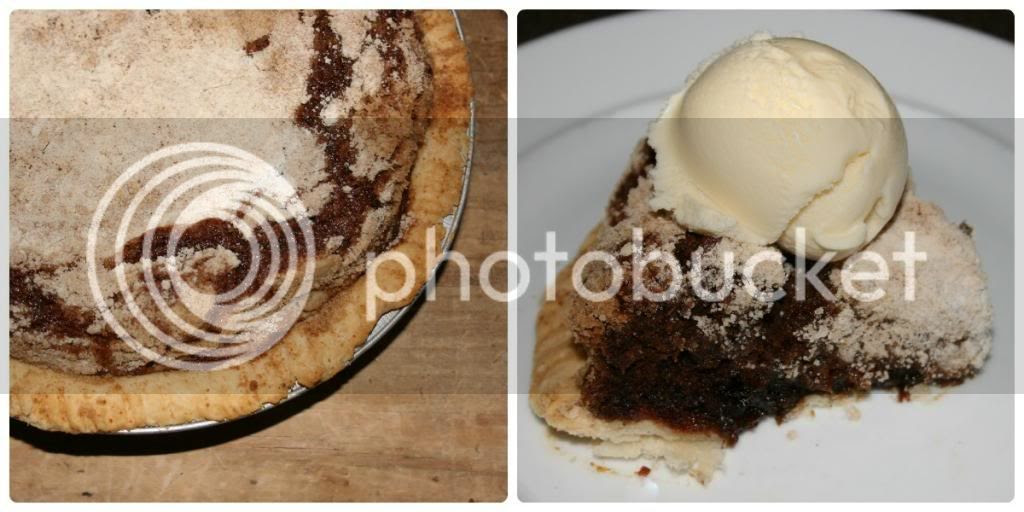 and we had one proud chef-in-training! 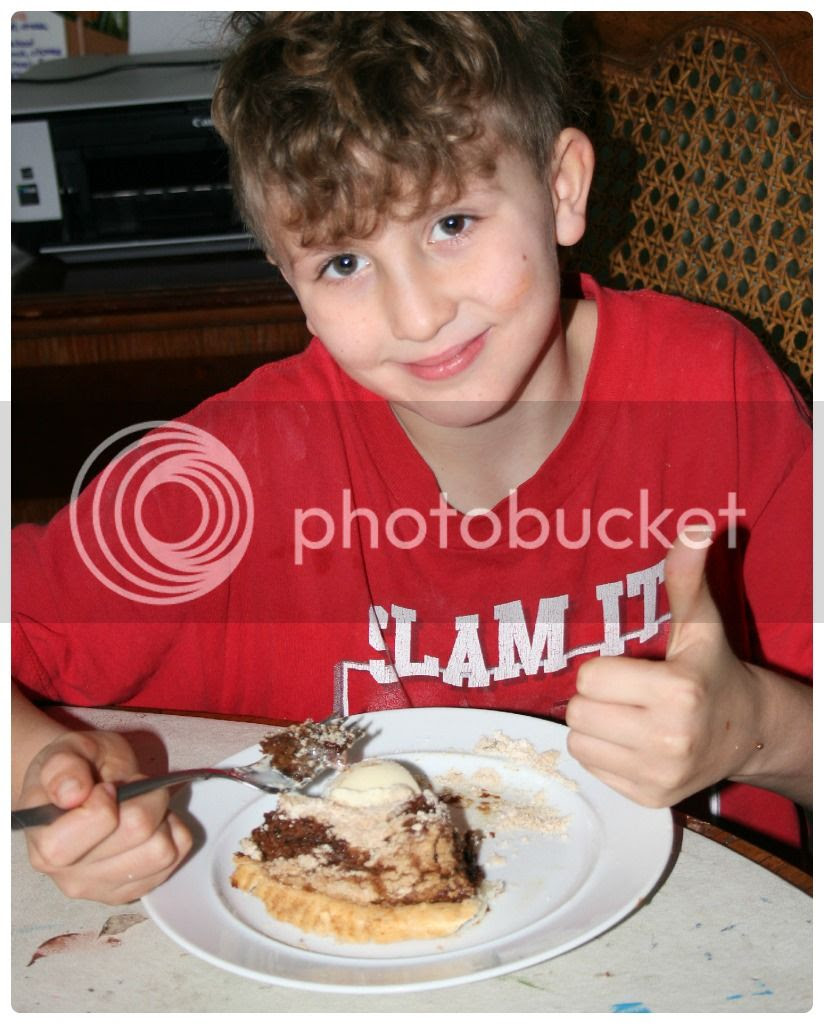 But we're still working on this part! ::sigh:: 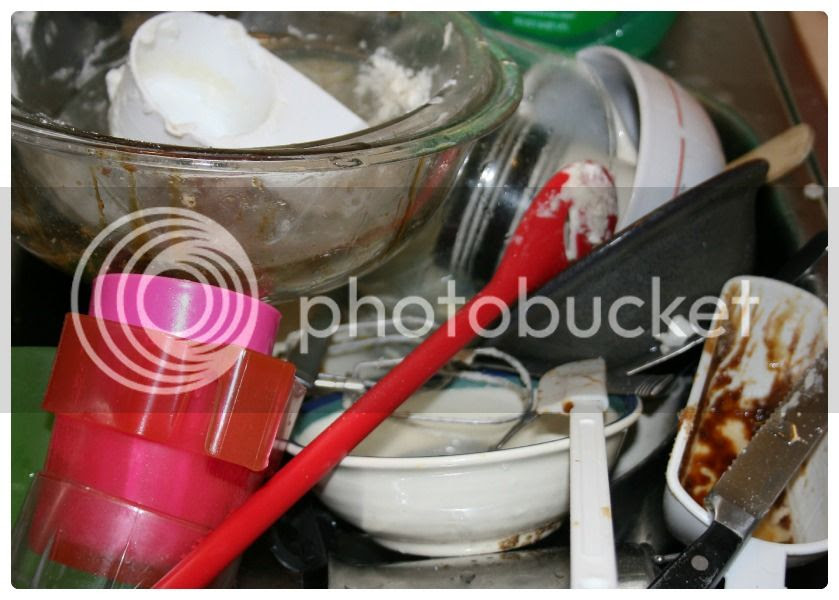 Do you cook with your kiddos? Share the fun on Tuesday with Adventurez with Kids in the Kitchen and Try a New Recipe at Home to 4 Kiddos! 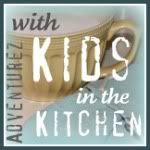