Have you ever seen a Puffin? They're really cool looking birds, but we've never actually SEEN one until yesterday!
J, C and I joined our friend and her grand-daughter for a 2 1/2 hour drive up to New Harbor, ME, joining a group of homeschoolers from around the state on a Puffin cruise. Despite my, um, navigating "skills", we arrived early and had time to stretch our legs and explore around Shaw's wharf.
Once on the boat, J headed to the top deck with some boys we know, while C stayed on the first deck with the rest of us, meeting some new homeschoolers from the Bucksport area. (We knew it was going to be SUPER chilly up top and opted for the more sheltered botton one.) We cruised to Egg Rock Island in search of Puffins.
We headed back to the dock after seeing some Harbor Seals, walked to the parking lot, and headed to Colonial Pemaquid. We had a picnic lunch on tables by the bay then joined a smaller group of homeschoolers for an educational tour of the fort.
A park ranger explained the ruins seen by the museum and the history of the area, which included French, English and Native American.
A man dressed in period clothing conducted the rest of the tour. He was a hoot! Although his stories and information became long at times, the kids were attentive and enjoyed him! 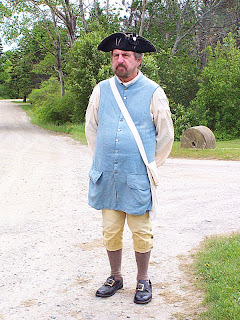 The fort itself has been rebuilt and renamed several times. It was named Charles for the English King for a while and then William Henry, another king, and then Frederick, a general. The current fort was built to replicate the original William Henry. 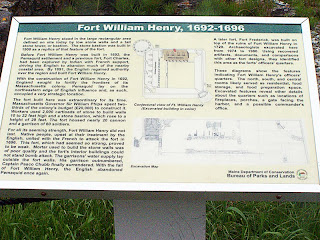 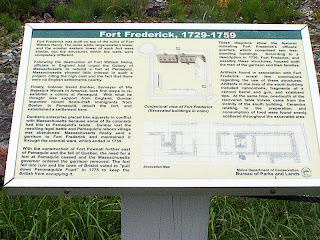 The bay and the outlying island are named for John Smith - Pocohontos's John Smith - for when he explored this area: John Island and John's Bay. Interestingly, John Smith also coined the phrase "New English" according to our guide. 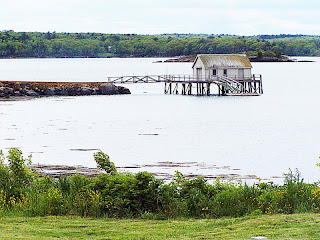 I think the kids favorite part was learning about tinderboxes and seeing our period-dressed guide shoot his musket. (J got a cool video on his cell phone, but I can't seem to get it uploaded.) 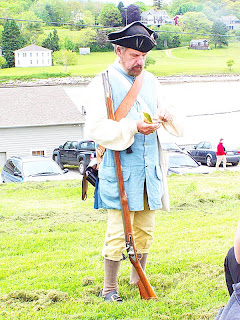 We had a GREAT day! We headed out at 6:45 in the morning and arrived home at 5:30pm - a full, fun, educational experience!