A Peak At Our Week: Session 5 Week 1 - Beginning the Home Stretch

In My Life This Week
Spring HAS arrived at Our Side of the Mountain! Relaxing in the hammock under the budded maple trees, the Spring Peepers and wild birds sing loudly and the red squirrels scamper around the branches above. Green grass is growing and early flowers have sprouted in Sugar Maple's garden. The heat inside the house has been shut off and the windows are open days. And we're on our last session of Year #9!

Cluck and Quacks
The Saplings fashioned a make-shift pen for the lil' chicks out in the veggie garden for their first outside romp now that they have most of their big girl feathers. Although Nutmeg, Amber and Butterfly were on high alert, they scratched and pecked and fluffed while the older hens, outside the wired fence, ignored them.

I've wanted to figure out a way to get some of this "delight directed" learning in despite my more "traditional" school views. But where to start? Gardening! Alaska! This week I decided to sit down WITH THE SAPLINGS and just learn about gardening and Alaska without any preplanned studies. We read. We wrote. We drew. We discussed. Whatever worked. And the sapling were confused. Not our usual approach to school.

We also read on in SOTW 2: Middle Ages, completing our mapwork and wall timeline along the way. And the younger saplings worked on their Saxon Math and Math-U-See. Sugar Maple is super excited that she should finish her ENTIRE math book this year.

In preparation for writing his first 10 page+ research paper, White Pine read How to Write a Term Paper (Elizabeth James and Carol Barkin) and then chose his topic: Comparing Union and Confederate Civil War Battles . He spent the rest of the week taking and citing notes from his research...and finished up his Computer Science 101 class from Coursera and continued on with Biology, World History, Geography and Cultures, US History Video Project, and Algebra. 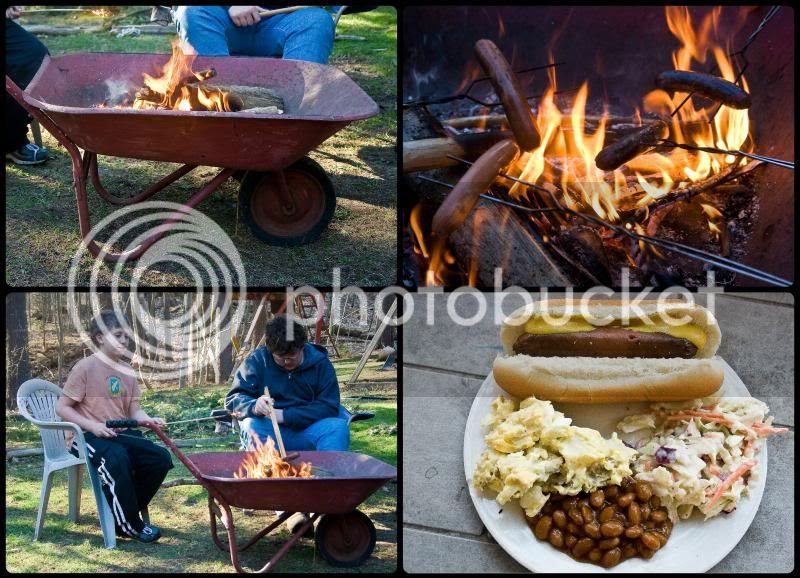 As always, linking up to these WONDERFUL blog hops!